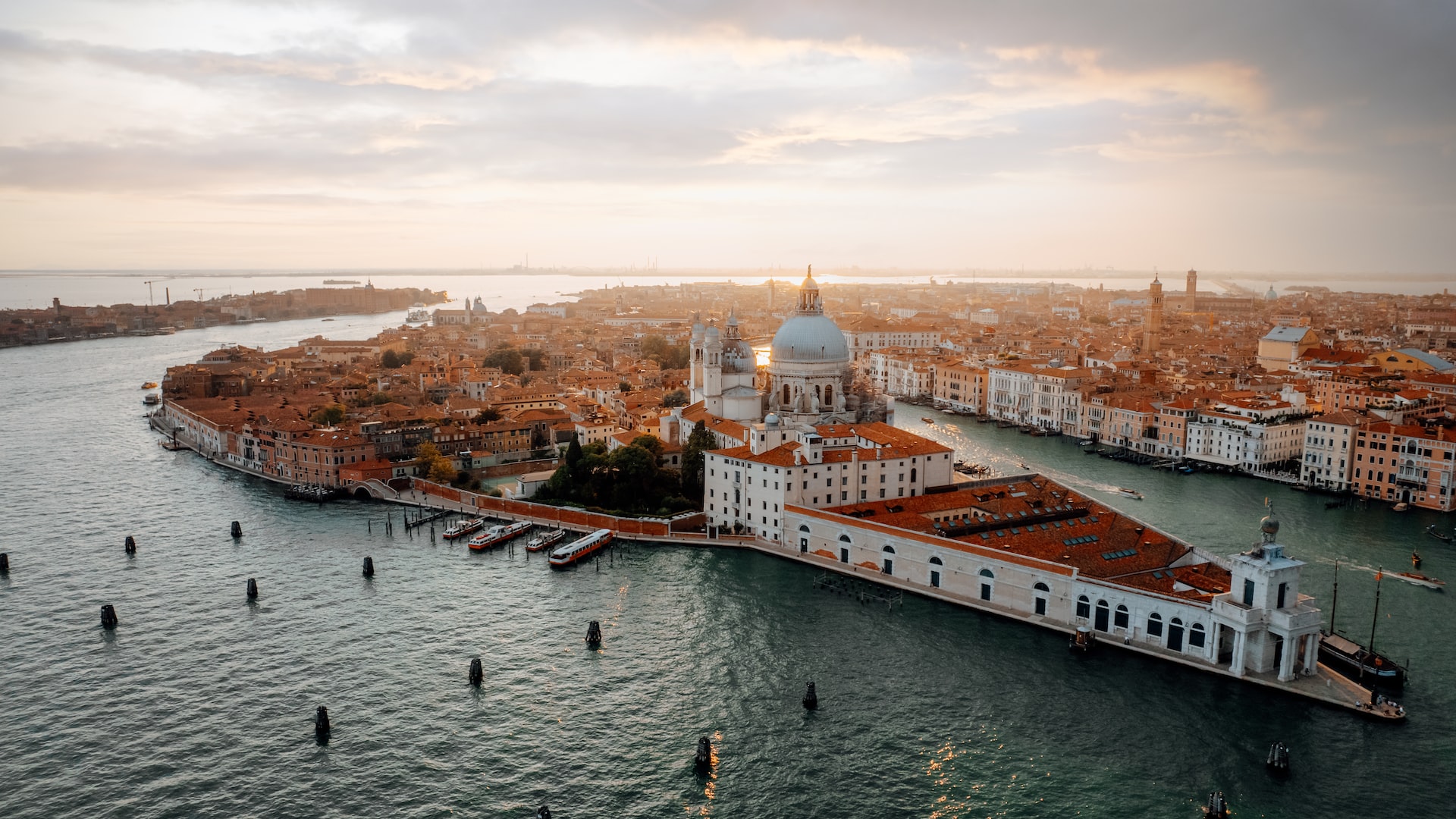 Venice is a city in northeastern Italy. The capital of Veneto region, it covers 414.57 sq km (160.1 sq mi) and has a population of 270,000 people (2011 estimate). The uniqueness of Venice compared to just about any other city in the world is its location. The city sits in an archipelago of interlocking islands. These are divided into six districts, called sestiere, namely Cannaregio, San Polo, Dorsoduro, Santa Croce, San Marco and Castello. These sestiere have existed for hundreds of years. Their history goes back to 1170. Each of the sestiere is further broken down into parishes. The parishes are even older than the sestiere, dating back to 1033, when there were seventy. During Napoleon’s rule of Venice, he reduced the number of parishes to thirty-eight, and the number remains till today.

Venice experiences a humid subtropical climate. Summers here are warm while winters cool. Warmest month in Venice is July, when the average high temperature rises to 27.5°C (81.5°F). January is the coldest month, registering an average low temperature of -0.9°C (30.4°F). August is the wettest month in the city, receiving 83.1 mm (3.272 in) of rain. It is a very popular region. The most beautiful hotels in Italy can be found in this city.

Unlike other cities, being an archipelago, Venice is laced with canals. There are 177 of them in total, and they are connected by 409 bridges. Except for the western entrance into Venice, there are neither roads nor rail within the city. Going from place to place is either by boat or on foot, making it Europe’s biggest car-free area. Commuters move about in Venice using the water buses, called vaporetti. These serve 25 different routes across the city. The gondola are mostly used by tourists as well as for weddings and funerals, and are not the swiftest (and certainly not the cheapest) form of water transport in the city. There is a light rail transit system called the Venice People Mover, but it operates only a track covering 853 meters.

Venice is a paradise for tourists. You will find many beautiful sights here. Below you will find the top 6 hotspots of the city. See also: The 12 best attractions in Venice you should not miss.